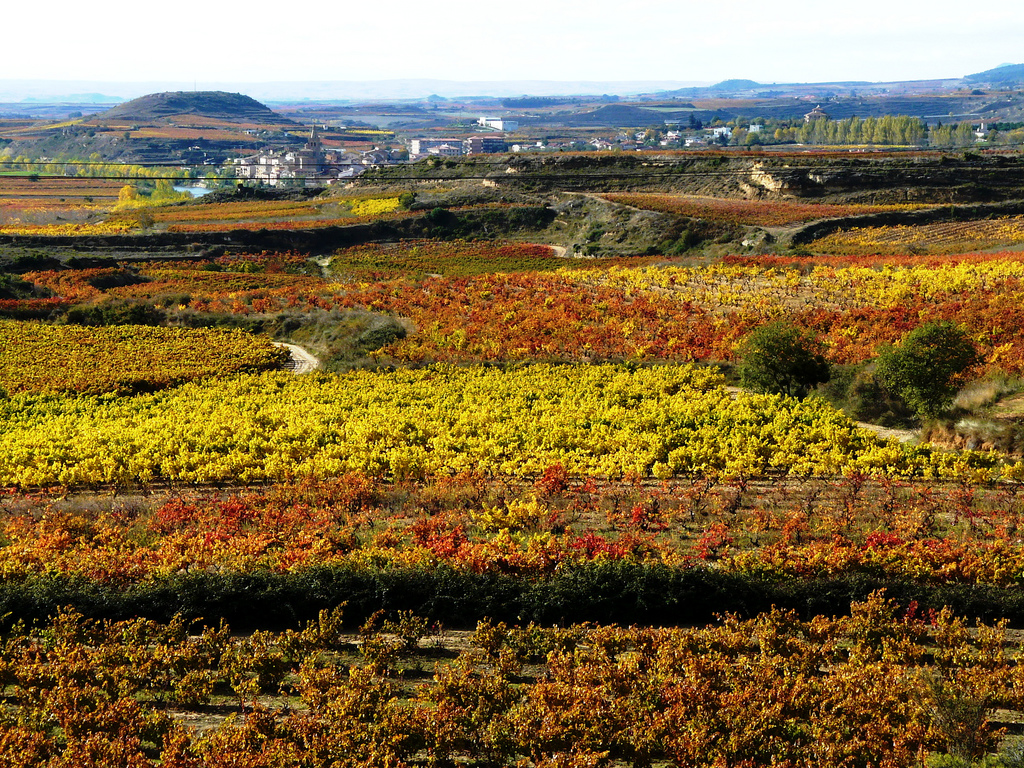 Numerous historical facts confirm the importance of wine in these lands. In the twelfth century we discover the vines being given the benefit of legal protection under King Sancho, while in the eighteenth century we learn that the Mayor of Logrono banned carts from entering the town center on the grounds that vibrations they set up could harmfully effect the quality of the wine.

Many of the best wines of Spain are grown in this soil, red wines especially are produced by hundreds of wineries. Of all the authorized red grape varieties that are used Tempranillo is by far the most common, but Garnacha, Graciano and Carignan varieties are also permitted. For the much smaller white wine production Macabeo, Malvasia and Garnacha Blanca may be used.

The current production area exceeds 63,000 hectares that extends through La Rioja, Alava and Navarra regions, particularly along the Ebro River, which are divided into three clear subzones according to their particular climate, soil and production. The Rioja Alta area is on the right bank of the Ebro, between Haro and Logroño, and enjoys a continental-Atlantic climate and ferrous, clay-limestone soil. This is the most emblematic of wines and is almost entirely made from the tempranillo grapes. In La Rioja Baja, located south of Logrono, with a Mediterranean-continental climate and a ferous clay soil, the Grenache grape is used which gives the wine more body and color. La Rioja Alavesa, comprising several municipalities in Alava is traditionally specialized in the production of young wines, with a climate and soil similar to those of La Rioja Alta. Tempranillo is the main variety used..

The red "generic" wines have gained much ground in recent years but the classic Riojas which have been aged in casks still very much hold their own.