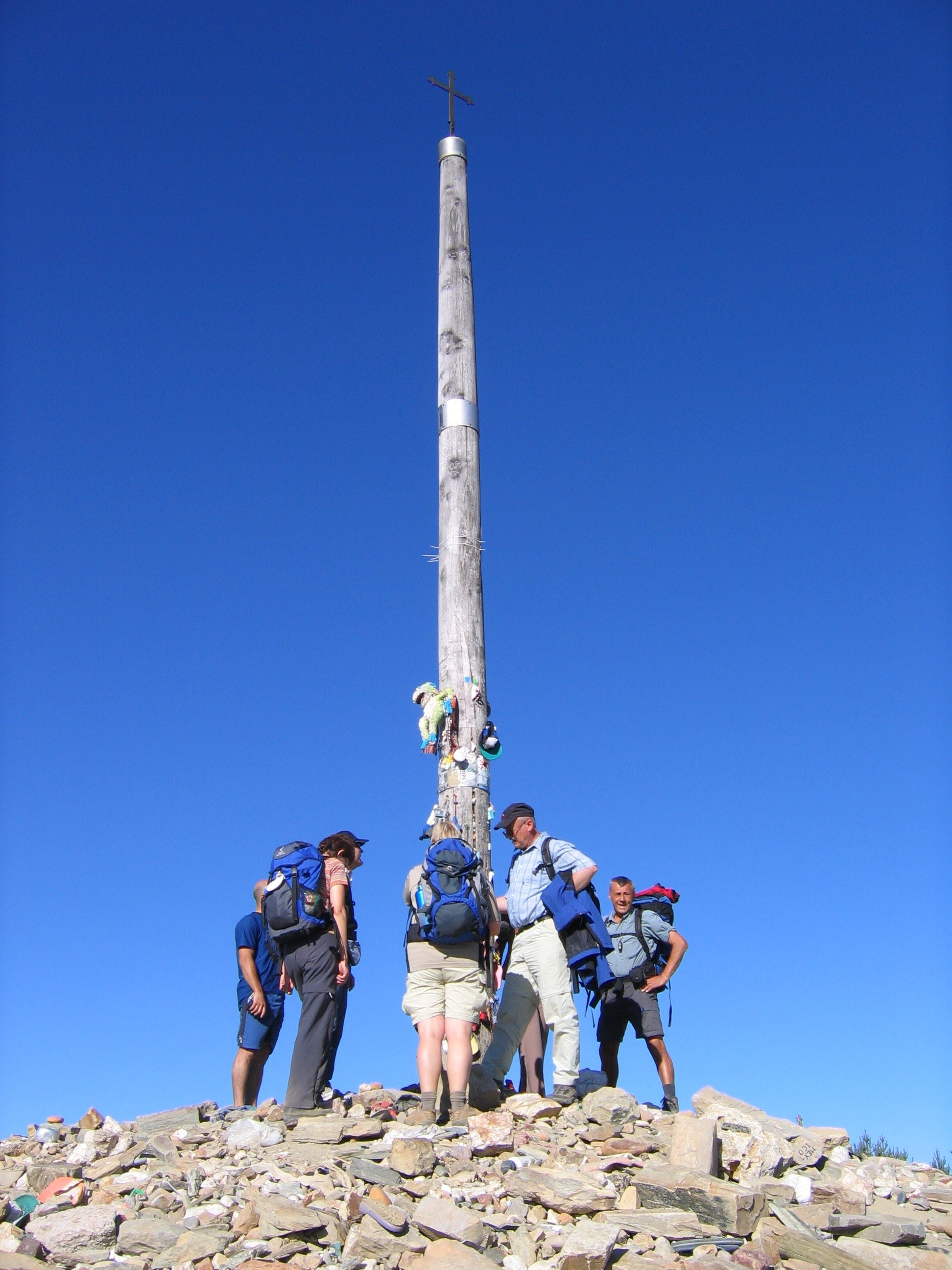 The legends of pilgrimage which explain the meaning of the Iron Cross and the other "humilladeros" of the Way, say that these mounds were formed by the pilgrims themselves who carried up and accumulated these deposits of stones. But why go to such trouble? The reason appears to be that later these ‘stores’ of stones would be used in other places in the construction of churches and chapels, even for the cathedral of Santiago de Compostela. According to one famous legend, it was the town council of Santiago itself which promoted the idea of pilgrims contributing to the construction of the cathedral by carrying stones.

Be that as it may, the ‘ humilladeros’ and the legends surrounding them are still alive on the Way and it is still part of the Jacobean tradition that the pilgrims deposit at the foot of the Iron Cross a stone brought from their place of origin.

From historians, however, we get very different explanations. For some historians the Iron Cross would have its roots in a cult or function in the Roman Empire, and hence a good 1000 years before the Way of Santiago. They are thought to have served landmarks or to indicate territorial limits. There are also some who argue that they were originally places of Roman worship, altars erected and dedicated to the god Mercury, the protector of walkers and travellers.