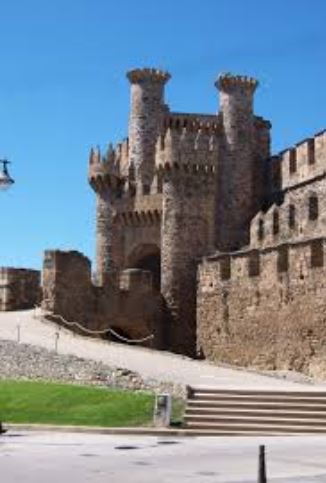 The castle grounds have a polygonal shape, divided into two distinct parts: the northern part dates from the twelfth century, while the rest was laid out during the fifteenth century, with some additions being made during the nineteenth and twentieth centuries. In the past there was also a moat, which no longer exists today. The current main entrance has a grand arch of half point and is flanked by two towers. Beyond this arch there is a large courtyard around which rise a group of turrets and towers, highlighting the keep.

The remains of the Templar era may be found within the northern part of this enclosure, comprising part of a courtyard known as the Paseo de Ronda. Here there are the well-preserved remains of several towers and one elliptical tower, where among the few stylistic elements that have been preserved there is a doorway with a pointed arch that opens into one of the towers.