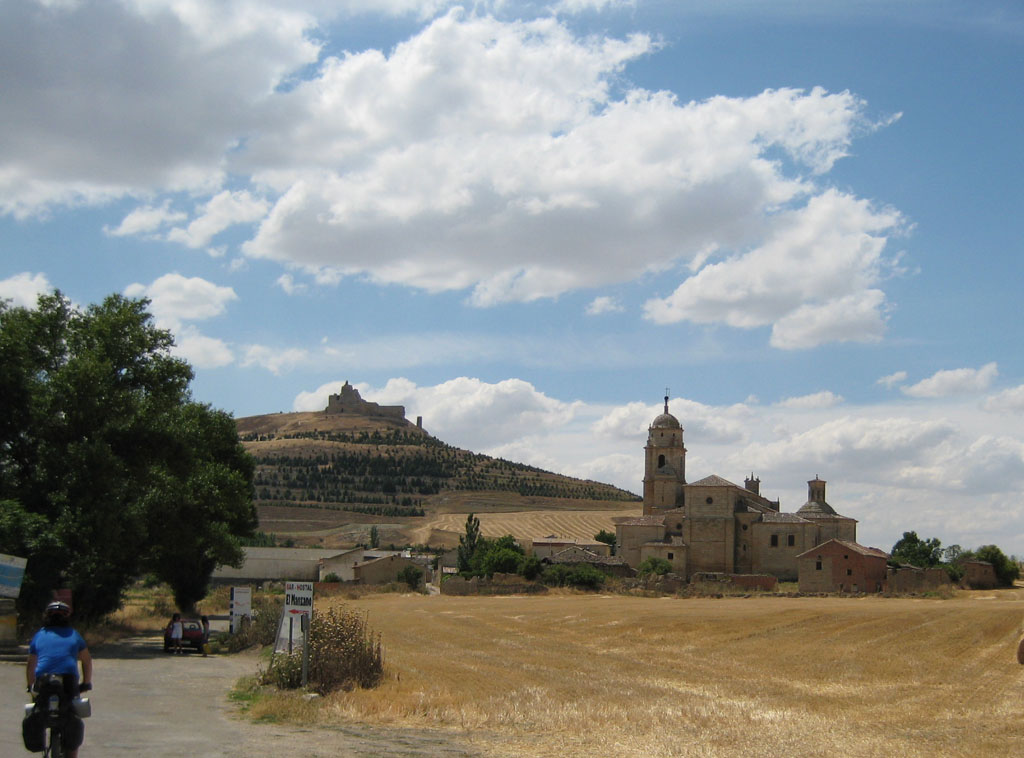 After being given to the Crown of Castile in 1131, during the reign of King Alfonso VII, Castrojeriz became a village-road with a long stretch running around the foot of the castle, from where pilgrims can see many of the surrounding towns, such as Hontanas, Villasandino or Castrillo Matajudíos.

Even today the town has one of the most important historical centers of Old Castile, with a very wide main street that seems to have developed alongside the Camino de Santiago. Some traces of its important past still remain in its mansions and religious monuments - in the past there were several churches, three convents and seven pilgrim hospitals and hospices and inns.

Among its various districts the best known is the so-called "neighborhood" of the Collegiate Church of Santa Maria del Manzano, where stands a splendid medieval temple, built between the ninth and thirteenth centuries, whose patron saint is also the patron of the town : the Virgen del Manzano. In the church there are carvings and altarpieces of great value that the pilgrim should not miss.

Among its historical treasures there is the good Renaissance architecture of houses still bearing the coats of arms of their noble inhabitants which include the Casa del Cordón and the Palace of the Gutiérrez-Varona. Among the churches, there is the parish church of Santo Domingo, dating from the sixteenth and seventeenth centuries. The heart of village life is the Plaza Mayor, a porticoed square on one side of which stands the town hall with its curious clock tower.

Towards the end of the village there still stands the fortified Gothic church of San Juan Bautista, which was built between the thirteenth and sixteenth centuries and whose cloister is particularly beautiful.

As for its famous castle, although its effect is still striking, what remains standing today is nothing more than the ruins of what was once a magnificent fortress. The original structure dates back to Roman times, but later underwent numerous reconstructions and was walled in during medieval times, and provided with several entrances between the castle and the town. In the Middle Ages, the town supplied the backdrop to the various struggles between Alfonso the Battler and Lady Urraca. Later it passed into the hands of great masters such as the Lara and the Castro families, before finally landing up in the possession of the Counts of Castrojeriz, who made it the main stronghold of their influence and political control.