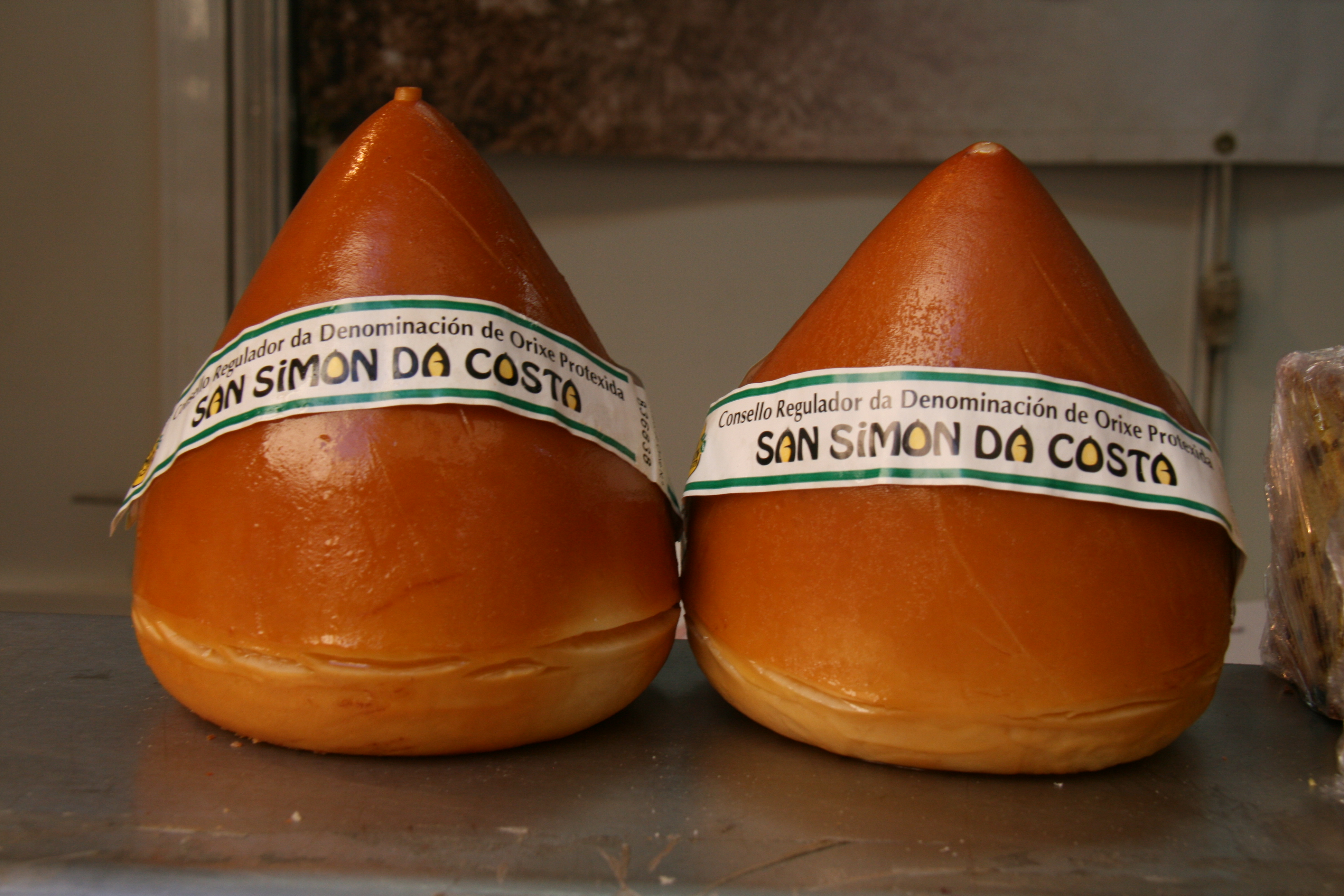 Historically this Galician cheese has been linked the parishes of San Simon de la Cuesta, from which takes its name. These parishes are Samarugo and Villapedre, both of which belong to the municipality of Vilalba in the province of Lugo. It is popular belief that the exceptional quality of these cheeses is due to the pastures in these lands. However, nowadays they are produced in industries farther afield in Galicia, including the nearby Abadín.

San Simon cheeses are large and heavy, weighing between 1 and 1.5 kilos and whose characteristic feature is its pear or conical shape.

It is made with fresh, whole, natural milk from two Galician breeds, the Friesian and brown Alpine blonde. Its outer surface is smooth, waxy, shiny and brown. The color on the inside depends on its maturity, ranging from white, in the less cured, the yellowish tint in the more matured.

Its development begins from a raw, slightly acidic milk, to which salt or rennet is added. Once it is formed into a sort of curd, it is crumbled by hand into thick pieces and some of the liquid is drained off. Then it is put into special, perforated wooden molds where the tightened mass is drained off. These pieces are then removed from the molds and scalded with hot water, then left to mature in slightly smoked ‘cupboards’ made from birchwood.

The resulting flavor is mild, a little salty, with very little fat and may even be a little tart on the tongue. It also has a very particular aroma, since it is a cured cheese and with a slightly, smoky birchwood smell.

You can find it and eat it along all the paths to Santiago and, of course, in the Compostela market.